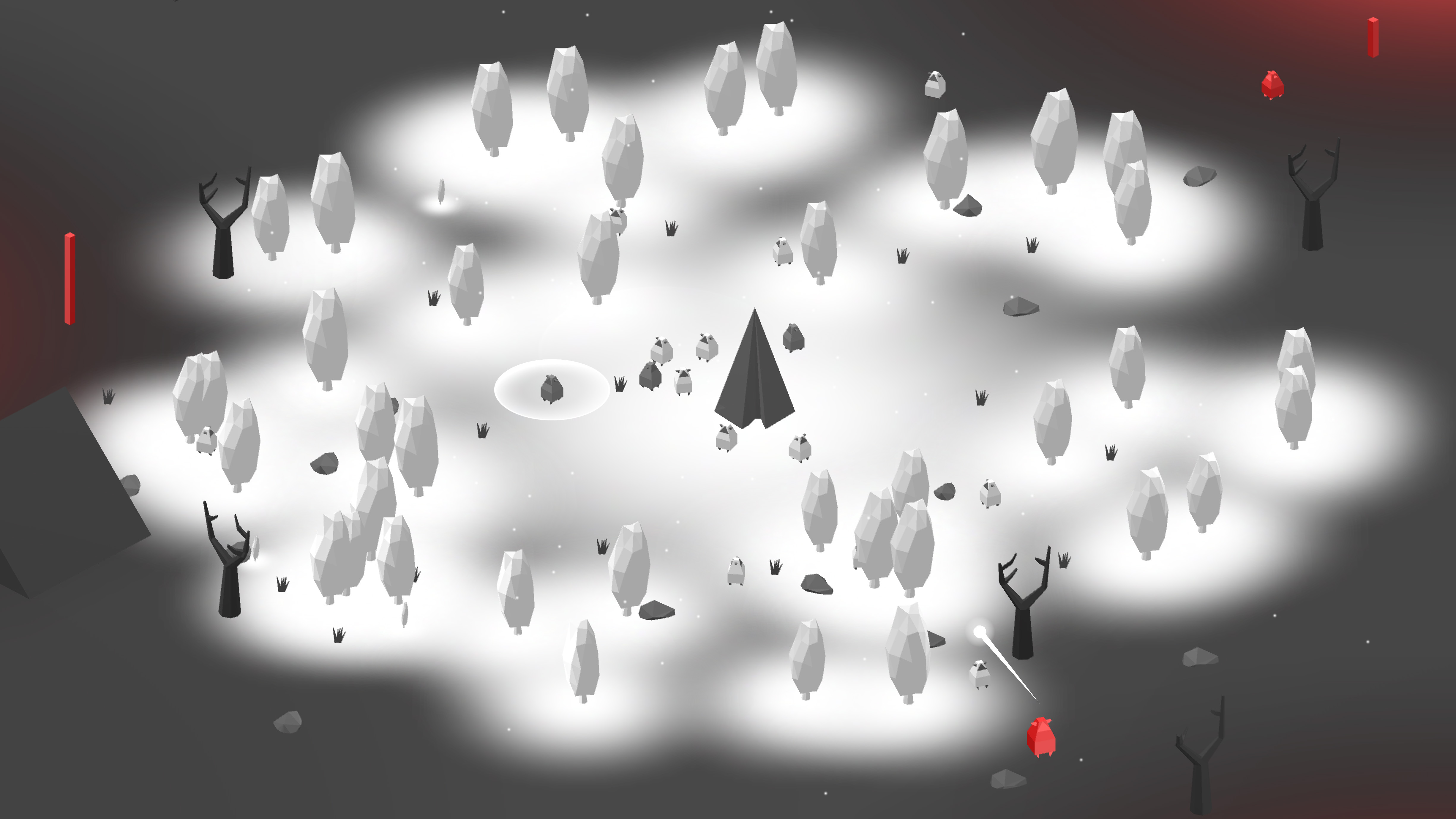 There’s nothing like seeing a bunch of people play your game for the first time to figure out a bunch of blind-spots that come with knowing your own game too well.

Last Friday I took Project Buds to Game Dev Meet Lisbon Live #2, which is a mouthful, and came away with a head-full of things to fix, make clear and focus on. Some things I expected – I didn’t want to tell people what to do and instead see how they interacted with the game, which can make for a frustrating first impression. Other things hit me by surprise, such as people not realizing that the white ground meant safety, as the red creatures would stay out of it, or people wondering where all the white creatures went and who were these darker ones that didn’t seem to do crap. (yes yes, the quasi-racial tones aren’t lost on me and its very much a WIP kinda thing.)

I also saw a lot of people try to take an Orb back from a red creature, something that’s currently not possible.

And some people that only touched a sapling two times and dismissed it, not realizing it took three for something to happen.

Basically there’s a ton of stuff that needs to be much better communicated to the player, but as I’m still building the foundations for the game I want to explore, it hasn’t been a priority at all.

So yea, it was a super massive success and I’m going to take it to as many events as I can so I can see it fail in other ways. Although it was nice to see that once people grasped what to do, they generally played for a good while, filling the map with as many trees as they could as people watching laughed when they were caught by a red creature just before reaching the safety of home.

And if that wasn’t enough, the guest speaker was an AI designer – Radek Gwarek from This War of Mine. Oh yea!

The week leading up to the event was all about improving the Bud AI and the Home gameplay.

AI Buds can now identify things around them like creature types, saplings and creatures talking and will react according to their own emotional state. For example – a depressed Bud (darker) is likely to stay near other depressed Buds and is very unlikely to respond to a healthier Bud’s interactions with anything more than looking at it. It wont follow it, nor grow saplings or chase orbs.

On the other hand, a Bud leader is very likely to be followed and if it sees a depressed Bud it will probably talk to it. Basically there’s a lot of probabilities going around and it more than doubled the number of states in the main Bud AI state machine.

Its far from perfect. The added complexity makes things less clear to the player and that became clear when some people were annoyed that talking to creatures didn’t seem to do anything useful. Values need to be tuned and yet more complexity added to the system. For example, AIs can detect a creature talking and know who did it, but they don’t know the type of creature that talked.

As for the Home gameplay, all I did was limiting the number of Buds that spawn at the start, and when an Orb reaches Home, it creates a tree sapling and an extra Bud.

Someone pointed out it was a very colonial mechanic – growing your domain and sort of suffocating the other creatures. He’s not wrong and it’s something to be explored. If that’s to be a thing then it needs to have consequences and be a part of the core objective. Maybe the game will feature a balancing act between different cultures and the conflict comes in how you influence it. Maybe not.

I’ve been wanting to further explore shaders and the possibility of a smaller game base on the current mechanics of Project Buds. Next week seems like a good time to do so, since I want to take a step back and get some clarity on the game I’m trying to make.

More game direction and game design, less programming. It’s way too easy to fall into the temptation of just fixing things and making other things work.

This is a project of Whys more than it is of Whats and Hows.